Most Americans experience elephants in a zoo or at the circus. In the northern Thailand province of Chiang Mai, however, tourists have the opportunity to view elephants in a more natural setting. In any of several elephant camps, visitors can watch elephants at work, at play, and even ride an elephant through the jungle. 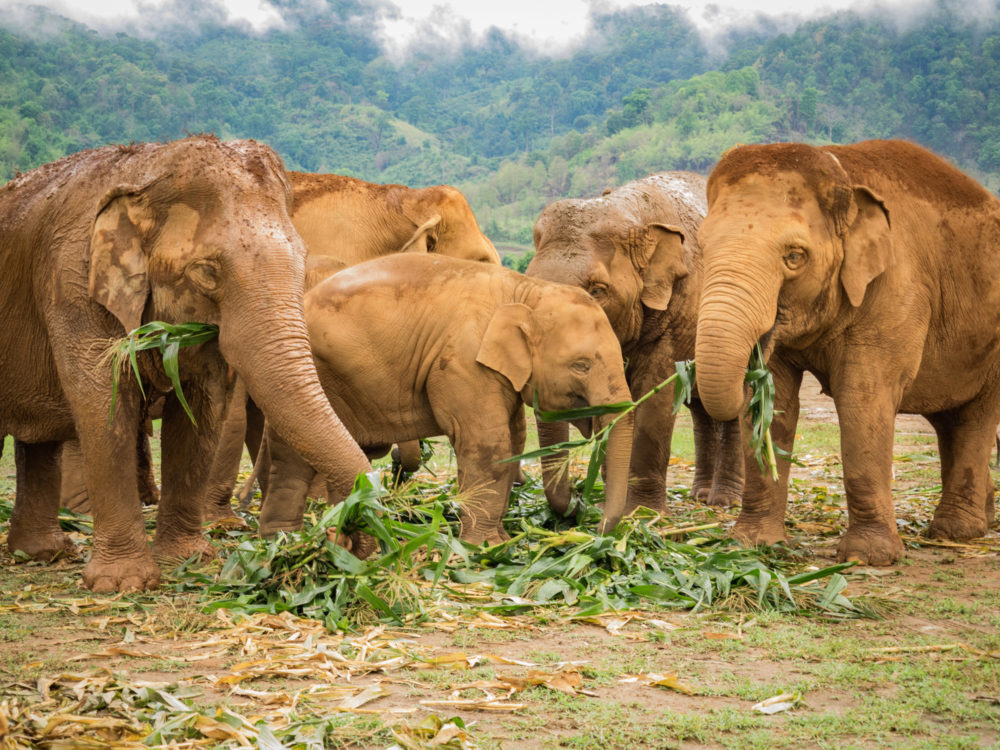 Few elephants remain in the wild and few elephants are used in actual labor. Elephants are the national animal of Thailand, the Asian country that was once known as Siam. In Thai history, elephants have been the focus for ceremonial events and were used in warfare for many centuries. Until recent decades, elephants were often used as work animals to transport goods through the rugged jungle and mountain terrain. Today, most elephants in Thailand are found in elephant camps throughout the country. All elephants found in Thailand are Asian elephants and are easier trained than African elephants.

Chiang Mai is in the north of Thailand near the Burmese border. Away from the more modern environment of Bangkok and Phuket, Chiang Mai offers tourists the chance to see rural Thailand. Four of the major elephant parks are Maesa Elephant Camp, Pong Yaeng Elephant Camp, Taeng Doa Elephant Camp, and the Elephant Nature Park.

At Maesa, near Chiang Dow, visitors can watch elephants perform and play. Following the show, visitors can opt for a two plus hour ride on the back of an elephant for an unforgettable jungle tour. The Pong Yaeng Elephant Camp allows elephants the opportunity to show off their skills in both work and play. To experience what working elephants do, a visit to Taeng Doa Elephant Camp is necessary. At Taeng Doa, elephants are at work. They push and haul logs as elephants did for centuries. Elephant rides, river rafting, and jungle treks to nearby hill villages are also offered. The Elephant Nature Park showcases the mighty beasts in a natural setting.

As increasing numbers of world travelers discover Thailand, more visitors choose to move outside the more populated areas and explore other provinces such as Chiang Mai. Visiting northern Thailand is an opportunity to view another world and to see the beauty of Asia.

Next
Scroll back to top